Poignant Hope in the Laundry Room

Her name was Mother of all Living. That's what the name, Eve, means. 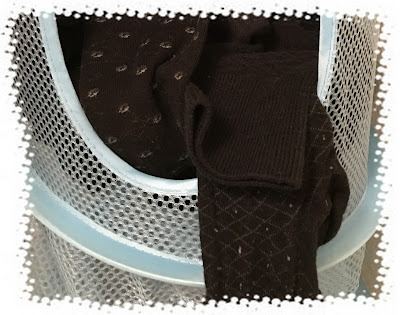 I remember when I folded the tiniest socks. They were blue for the boys and pink for the girls.

They outgrew their colors and favored white which quickly turned grass green or grey; and they grew holes, too.

There were other socks which were all grown up. They were black and brown with very important business patterns on them. I paired up and folded these socks a good solid year before there were tiny socks in my laundry room. The big business socks didn't grow holes very often and, oh my, I felt important just folding them.

I was a young bride in the laundry room where God first began to instruct me in matters of socks and life. Ask Him to tell you about it, if He hasn't already, and I'm sure He will. 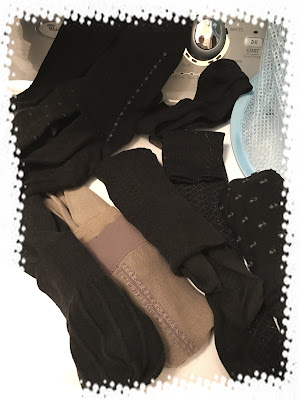 Then Woman, well, she did what God forbid. The whole story is an open book to for all to read in Genesis.

And he was the one who was cursed.

Adam wasn't cursed. The ground was, and I wonder what was God thinking when He didn't put a period after, "Cursed is the ground." He didn't. He couldn't. Something in His character is displayed by the absence of a period and the presence of three more words--"for your sake."

Eve wasn't cursed. She would desire her husband and her pain in childbirth would be greatly multiplied. Kind of a catch 22, but not a curse.

Woman was then named Eve.

I don't know about her, but I'm not sure I'd have liked that name, given what it means and given on the heels of what God just said about desiring her husband and bearing children in increased pain. Did she cringe just a little when she heard her name? Was her name a continual reminder of what had happened in the garden, as the weeds taking over the ground might have been a reminder to Adam? Maybe. 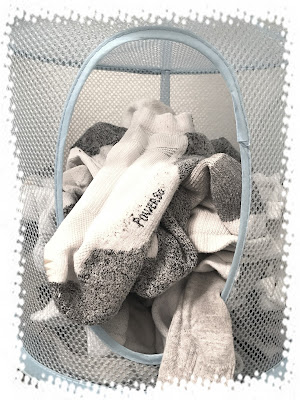 I relate to Eve.

May I say that she's the mother of my flesh nature?

And may I say that though this I be, Eve's daughter after the flesh, I am after the Spirit Sarah's daughter?

I do say these things, and then I add them together and isn't it remarkable that Sarah was, after the flesh, also Eve's daughter? Call me simple as socks turned right side out, but turned right side out and paired with these two there is for me what I call poignant hope. 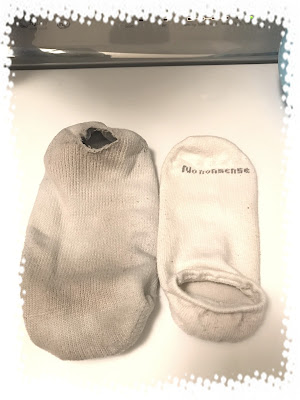 Poignant hope. Though there is within me the old nature, daughter after the flesh of Eve, I may be called a daughter of Sarah.

Poignant hope. Though my old nature contends for what is not hers to have, and sometimes wins, I am a new woman in Christ and He contended for me, and won.

Poignant hope. Though she would deny me the richness of the poverty which is rightfully mine by blessing, she snags her socks on a cursed ground and mine are blown off by what is written, "Blessed are the poor in spirit, for theirs is the kingdom of heaven" (Matthew 5:3).

It's poignant to me that there's a reason of redemption that God cursed the ground for Adam's sake.

Poignant that there's a reason of redemption which comes from God's sentence that Eve's desire would be for her husband and that she would be "saved in childbearing if they continue in faith..." (1 Timothy 2:15).

Pain with a point to it, rather than pointless pain, brings a reality to hope. And isn't that reality what we call faith? It must be, because faith is the substance and evidence--the reality--of things not yet seen but hoped for.

I pair up socks. Mine. They are the no-show type with "No Nonsense" stamped on the toes. It fits.

No nonsense faith is a hope-bound faith, no matter what thorns, thistles, weeds, sweat of brow or multiplied pain.

I reach for more socks and turn them right side out. I find a where a sole has worn a hole in the heel and nod. Yep, I get it.

So, this is my laundry room. This is where I pair up no nonsense faith with poignant hope.

Isn't poignant hope the kind which hopes all the more when the soul has worn a hole where faith's gotten real?

Isn't poignant hope often the strongest hope there is?

Should I enter heaven with a well worn but no worse for the wear soul, it'll all have been worth it.

Posted by Carolyn-Elizabeth Roehrig at 9:00 PM