May I be as a child,
With a heart that burns
In pursuit of Thine
Own heart at every turn. 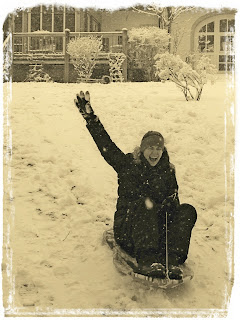 May I be as a child,
Whose tempered will is trained
By Thine own desire,
My happiest constraint. 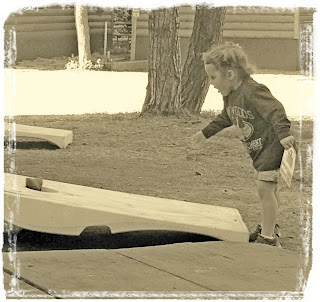 And as Thine own dear child,
Who has supped upon the bread
At Thy table, satisfied,
Though may I hunger yet. 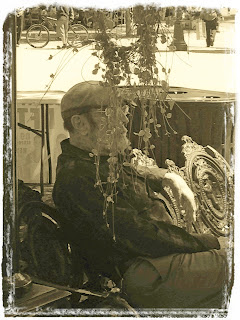 As Thine own dear child,
Dear, as by Thine own deed,
Impress on me love simplified,
Is simply love complete. 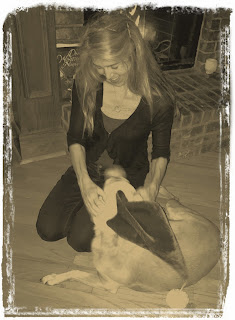 So may I be as a child
Who, found by Thee, seeks Thee more,
Not meaning gain or good delight,
But meaning solely Thee, O Lord.

The Man Who Prays on the Street Corner

Once there was a man who stood on a street corner praying out loud. He did this because he wanted to encourage others to pray. He wanted to give them an example of what he knew prayer to be--communication with God. He did this several times a week for 15 years, and many people were encouraged. Some regularly  joined him. They knew when and where the man would be praying, and it became a part of their week to join him. They bowed their heads and their desire to draw closer to God increased. Their thoughts, activities, and relationships with God and their neighbors and loved ones changed for the better.

Others heard him, though they did not stop to bow their heads. They heard his prayers as they passed by and they, too, were blessed. Increasingly they became spiritually aware and mindful to remember to pray. Though they didn't stop on the street corner to listen to the man pray as the regulars did, they were encouraged to pray and began to seek God in their own homes.

Still others, visitors to the city, travelers, heard the man pray. When they returned home, or traveled to another place, they talked about this man who prayed on the street corner. In this way, seeds were planted and carried beyond the city; and upon hearing the story some were encouraged to pray and seek God.

Many people profited and grew closer to God in their private prayers, and the man felt encouraged to continue his practice, though sometimes he felt confused by it. He remembered why he began to pray on the street corner 15 years ago, but something had changed. While many had begun to enter their own prayer closets and close the door behind them, somewhere along the way he'd begun to leave the door open to his prayer closet and now he was known as The Man Who Prays on the Street Corner.

He became preoccupied with sharing his prayers, and the confusion he felt grew stronger. "Isn't this my ministry? Many people have profited by my faithfulness, so what is this confusion?" He was perplexed in his spirit.

He had no answers for his perplexed state. He continued to go to the street corner, but the prayers he could not share were those gaining the attention of his spirit. He remembered that the Holy Spirit groans for those who have no words for their prayers, and he remembered that his prayer closet had a door.

So he spent private hours on his knees or sitting on his bench. God and himself, the two of them alone knew what was spoken in the prayer closet. He heard the only words he knew he could trust--God's words--and he began to pray them back to God. Like this, the word of God divided his soul and spirit for right discernment. It didn't happen at once, but his thinking began to be renewed and he himself to be transformed. 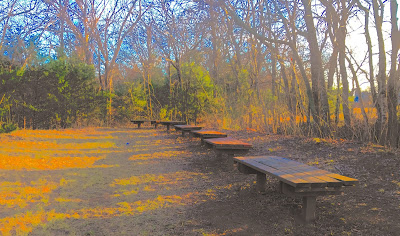 One day the man realized that he hadn't been to the prayer corner in awhile. He didn't miss it, and wondered at that. He didn't miss being The Man Who Prays on the Street Corner, but wondered if others missed him. It seemed odd to him that he'd encouraged others to close the door to their own prayer closet while he hadn't closed his.
He asked God about this, and God answered from Matthew 6:5-6, "But you, when you pray, go into your room, and when you have shut your door, pray to your Father who is in the secret place; and your Father who sees in secret will reward you openly."

He read about the difference between prayer closet and prayer corner and, as often happens when one's thinking is being renewed, a question elusively formed. How to ask it evaded him, and before he could find the words to ask it, God knew the man's question and answered it. "There are diversities of gifts, but the same Spirit." He began in I Corinthians 12:4 and continued through verses 5-7, "There are differences of ministries, but the same Lord. And there are diversities activities, but it is the same God who works all in all. But the manifestation of the Spirit is given to each one for the profit of all."

"You have given me faith," the man spoke low. He had long desired the gift of faith, and when he nearly lost it to despair, his desire for it, and to share it with others, intensified all the more. "How will others profit from this gift if I do not bring it to my prayer corner?" He found the words to ask his question.

Isn't that often the way it is? That words aren't found to ask some questions until the Word is found to answer them?

God led the man to verse 31, "But earnestly desire the best gifts. And yet I show you a more excellent way."

The man read that even if he had all faith, so that he could remove mountains, but had not love, it would profit him nothing. He read how love is patient and kind, does not envy, is not rude, self-seeking, or easily provoked. He read that love develops maturity. He read, "When I was a child, I spoke as a child, I understood as a child, I thought as a child; but when I became a man, I put away childish things" (1 Corinthians 13:11).

The man pressed his forehead head to the floorboards of his prayer closet, "I've become a man," he confessed in awe to the Father who raised him.
"Pursue love, and desire spiritual gifts;" the Spirit of God confirmed. 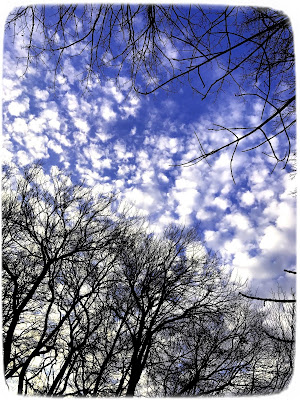 The man stood up and walked to his prayer corner in the city, but he didn't pray there as he had done in the past. He stood quietly. 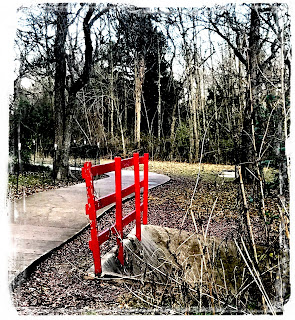 A widow stopped at the corner, as had been her practice for as long as the man had prayed there. She wondered why he wasn't praying out loud. He gave her enough money for food that day. He pursued love, and his faith removed her mountain.
A fatherless child stopped at the corner, as he did occasionally. The man stooped down till he was eye to eye with the boy and spoke to him as a father would speak to his beloved son. He pursued love, and his faith removed his mountain that day.

Foreigners stopped at the corner, intrigued but cautious of being treated as unwelcome. Some of them had been sleeping on the street and they were as filthy as their bedrolls. The man told them where they could wash up and offered to launder their bedrolls. He pursued love, strapped bedrolls to his back and by the end of the day he had a mountain to launder. His faith removed their mountain.

Soon, the hidden neighbors dared to be seen at the corner. They were those who had been shamed and scorned because their problems didn't fit into the categories of acceptable problems in the neighborhood. The man was happy to see them, and told them so. He welcomed them, talked with them as he would talk with any neighbor, and invited them to come back. He pursued love, and his faith removed their mountains of shame that day. 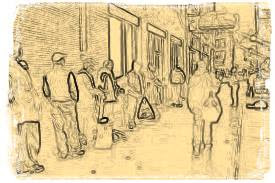 Faith does things like this because faith does love.

People didn't call him The Man Who Prays on the Street Corner anymore. Instead, he simply became known as a man of faith, who gave hope and, above all, who loved.


Posted by Carolyn-Elizabeth Roehrig at 6:33 AM No comments: