When the Only Platform That Counts is the Foundation

So, I'm not politically engaged, and I'm beyond miserable at knowing what's in the news, but I do listen to people. And in my little world I hear from a narrow group of people–sisters in Christ.

Today this little group has been vocal and emotional. Maybe the angry words spoken by several new moms against Trump and his character would be much the same against Hillary were she voted into office, but I suspect that the anger and "I don't know how we came to this as a nation," confusion stem from fear. After all, aren't confusion, anger, and fear relatives-except for the righteous fear of the Lord!


I relate to this group looking at a frighteningly uncertain future as they wrap their protective arms around their little ones; because I've wrapped my arms around my little ones like that way back when. I have no idea who the Presidents were during those years because as I said, I'm basically checked out when it comes to politics and news. I know, I shouldn't be. I could ask my husband, the Canadian-born Bavarian. He'd know, but at this point I can't say I care much about politics past.

What I do care about today is what I've been hearing and what I hear behind the words.


Thing is, we didn't get where we are overnight while votes were being counted. We've been here, a godless nation, for a very long time. We really have.


I wonder, maybe we've misinterpreted God's patience to mean that all the warnings and examples of His promised righteous judgment on unrighteous nations don't apply to us. He's so merciful and generous with His blessings that it might be easy to forget that His mercy and generous blessings run deeper than what we might call favorable circumstances.

Is His mercy less when a nation comes under His righteous judgment than when He's extending patience beyond imagination? It's not. Neither are His generous blessings.

Sometimes we can see through hardship enough to say with sincerity that it's a blessing in disguise, but occasionally all we can say is something like, "Lord, I know You well enough to know that one day I'll see through the disguise, even though right now it seems impossible." 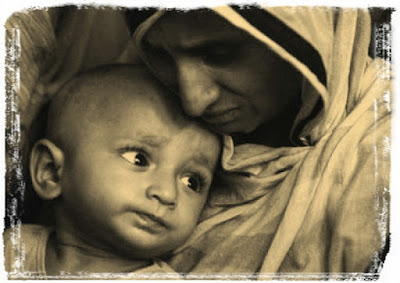 What if we, as women and mothers prone to surges of emotion especially where our children are concerned, chose to manage and channel our fears as God has told us to?

Mrs. Proverbs 31, she isn't afraid of snow-winter seasons-for her household because she's prepared for it.

Mrs. Abraham, Sarah? Her daughters aren't afraid of any terror.

Thing is, when we choose to fear God, and God alone, our emotions are held in check. That's just the way it works.

When we rightly fear God-when our fear of God isn't based on our emotions but on His perfect word-law, then we are freed from lesser fears. And compared to fearing God, anything else we could possibly warrant as worthy of our fear and trembling just ripples till it smooths out as water on a pond ripples when disturbed and then is smooth as glass moments later.

I would say to women who fear the future of this nation on the behalf of their children, "Prepare for the snow on behalf of your children as Mrs. Proverbs 31 prepared for her household. " Then I'd say, "Go get your Bibles and open them to Hebrew 4:12.'" 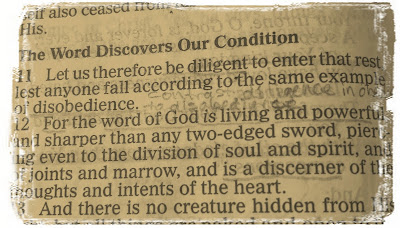 And after they read it, I'd say something like, "Earnestly ask God, 'What do You mean? What's the difference between soul and spirit, and why do they need to be pierced and divided?'"

I'd encourage them to ask the same thing about the joints and marrow, and about the need for the thoughts and intents of our hearts to be discerned by the sword. isn't this the preparation of the gospel that our hearts, minds, and souls need as we love Him with our entire beings? As we prepare to trust His Spirit more than we trust our worry prone souls?

When He tells us to fear Him, maybe He's also saying something like, Don't be afraid of the future of a godless nation or it's ruler.

Mothers, even if this nation refuses to repent, your children aren't beyond redemption.

Show them by preparing your heart with the truth of Godly fear what it looks like to fear God. One thing for certain, it's not going to be communicated by way of grumbling, complaining, insulting and a train-wreck of emotion.

Communicate to your children by way of the grace God gives you to be to them what He says you are to Him-the righteousness of God in Christ Jesus-and guess what? You may be as certain as anything that your children will be equipped to know the true battle and how to fight it with the kind of Godly determination that times of desperation call for.

The other group of women I've listened to today? I can relate to them. I'm their generation. We may have raised their children but now we're mother-in-laws and grandmothers and we would never have voted for Hillary, but for the "life" platform because, as one woman put it "Please understand, we've been forced to vote by platform."

And isn't the only "platform" for life the foundation of Life?

Maybe it's better to stand on that foundation rather than on an iffy platform that is built by those who fall of it with regularity? 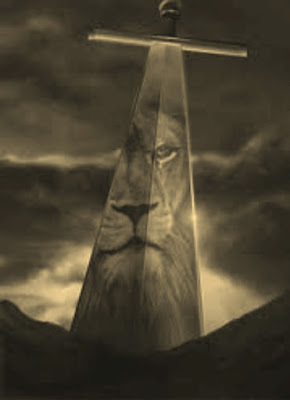 I can't help but think about when David was given the choice “And David said unto Gad, I am in a great strait: let us fall now into the hand of the Lord; for His mercies are great: and let me not fall into the hand of man” (2 Samuel 24:14).

David was given three choices, and he chose the third-to fall into the hand of the Lord.

Somehow this sounds familiar to me today. It's why I, (uh), didn't, (ahem), vote yesterday. Because we're really not forced to vote for the lesser of two evils. We Christians have the same basic third choice that David had-to declare by vote to the Lord that we choose His righteousness even if it means judgment. Isn't it better to be judged by God who is mercifully fulfilling His promises than by platforms that don't seem to know what a promise is?

I came across this yesterday written by Benjamin Franklin: "I have lived, Sir, a long time, and the longer I live, the more convincing proofs I see of this truth- that God governs in the affairs of men. And if a sparrow cannot fall to the ground without His notice, is it probable that an empire can rise without His aid? We have been assured, Sir, in the sacred writings, that 'except the Lord build the house they labour in vain that build it.' I firmly believe this...."

Well, I'd say that I firmly believe this too.

Posted by Carolyn-Elizabeth Roehrig at 8:24 PM