Giving A Fig and Mustard Seeds

"Give her the fruit of her hands," God says, "and let her own works praise her in the gate." He says it about Mrs. Proverbs 31. 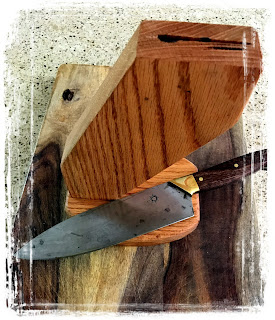 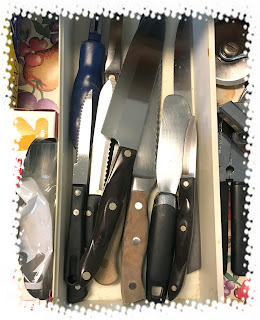 
The kitchen knife, which my sister-in-law's husband forged in his garage and recently gave to me, stands in it's own handcrafted wood block and if a knife can gloat, this one does. It's sharp, well balanced, and seems to know how to handle itself so well I wonder if it even needs the likes of me.


I fit in with the crowd in the jumbled knife drawer.


The figs come quartered in a Costco-sized bag which may last till my next birthday.


I draw the regal knife, feel the handle hewn from a wood I've never heard of-Chechen wood-and maybe it looks like I'm subduing the figs beneath the blade, but I'm not. I'm subduing the knife.


It came with as many credentials as the string of initials behind a heart surgeon's name on a plaque. 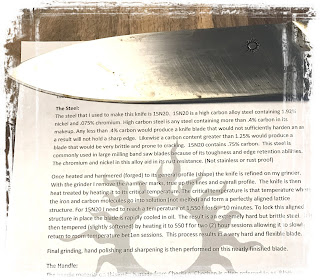 If I had a single initial behind my name it wouldn't come from my college degree. Turns out, my college degree isn't recognized outside of New England and only as a student of the World Issues Program, at that. Turns out a degree can't be measured when the courses are pass/fail.

"Alloy Steel!" I command the name like a Drill Sargent. "Carbon! Nickel! Chromium!" I intend to humble this knife to potassium in a pile of fruit.

I grip Chechen and hold the blade over the banana. The knife slices like it doesn't need me except to hold it and stand there looking pretty. It sections orange, minces figs, and just to show off, it slices a fig seed in half right there on my cutting board. 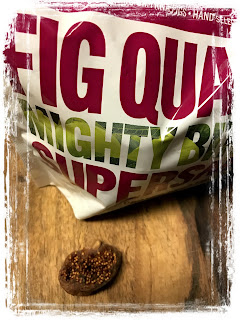 I wipe the blade clean, inspect it to see if it's forming the sought after patina, return it to it's block, toss the fruit with the Dannon, and build breakfast like that.

I've been asking God what He's building, and I ask Him again around a mouthful of potassium. I've been asking because, "Unless the Lord builds the house, they labor in vain who build it;" He says.

I don't want to labor in vain.

"I build with mustard seeds," He qualifies. That's all He needs to say.

"I remember what You've said about mustard seeds, Lord." I turn to Luke 17:6 and read it to Him.

You said right here, "If you have faith as small as a mustard seed, you can say to this mulberry tree, 'Be uprooted and planted in the sea,' and it will obey you." I remember He said the same thing about moving a mountain.

"So," He prompts me to answer my own question, "what am I building?"

I chew more figs. "Authority over mountains and mulberry trees? My faith?" I know He's building these things. I see it, the faith He gives me, and I can name a mulberry tree and a mountain which have been thrown into the sea. My sin.

I scrape the last of potassium from the breakfast bowl, pass the knife on the way to the sink and think about Mrs. Proverbs 31. "Lord!" I suddenly see what He's building and how to know if I'm building the same thing. "You're building Your kingdom!" One day I'm going to thank Mrs. Proverbs 31 for showing me what it looks like to build in her home a bit of the kingdom that God is building.

Mrs. Proverbs 31 doesn't labor in vain. She's like Chief Kitchen Chef Knife-sharp, well-balanced, able to do what she was made to do when held in her Master's hand.

She gladly is humbled to slice onion paper thin and to cut cubes of meat from a slab the size of Rhode Island.

She's been forged on an anvil at some point in her life, no doubt. How else could she be then hand polished by God Himself?

And, Mrs. Proverbs 31, as she ages and turns gray, she develops patina.

Patina, on a knife, is gray and the pattern in the patina is unique to what the knife has been used for. Patina protects the knife from rusting. Isn't that a bit of heaven on earth, not rusting?

"A woman who fears the Lord, she shall be praised." I hear the Lord, and He continues, "Give her the fruit of her hands, and let her own works praise her in the gates." Mrs. Proverbs 31 doesn't labor in vain.

I draw the knife from its block to see if its developed patina yet and, "All Your works shall praise You, Lord," comes to mind. It's not my own thought, but His from Psalm 145. God doesn't build in vain.

We look at each other a good long while, He and I.

Posted by Carolyn-Elizabeth Roehrig at 12:39 PM No comments: